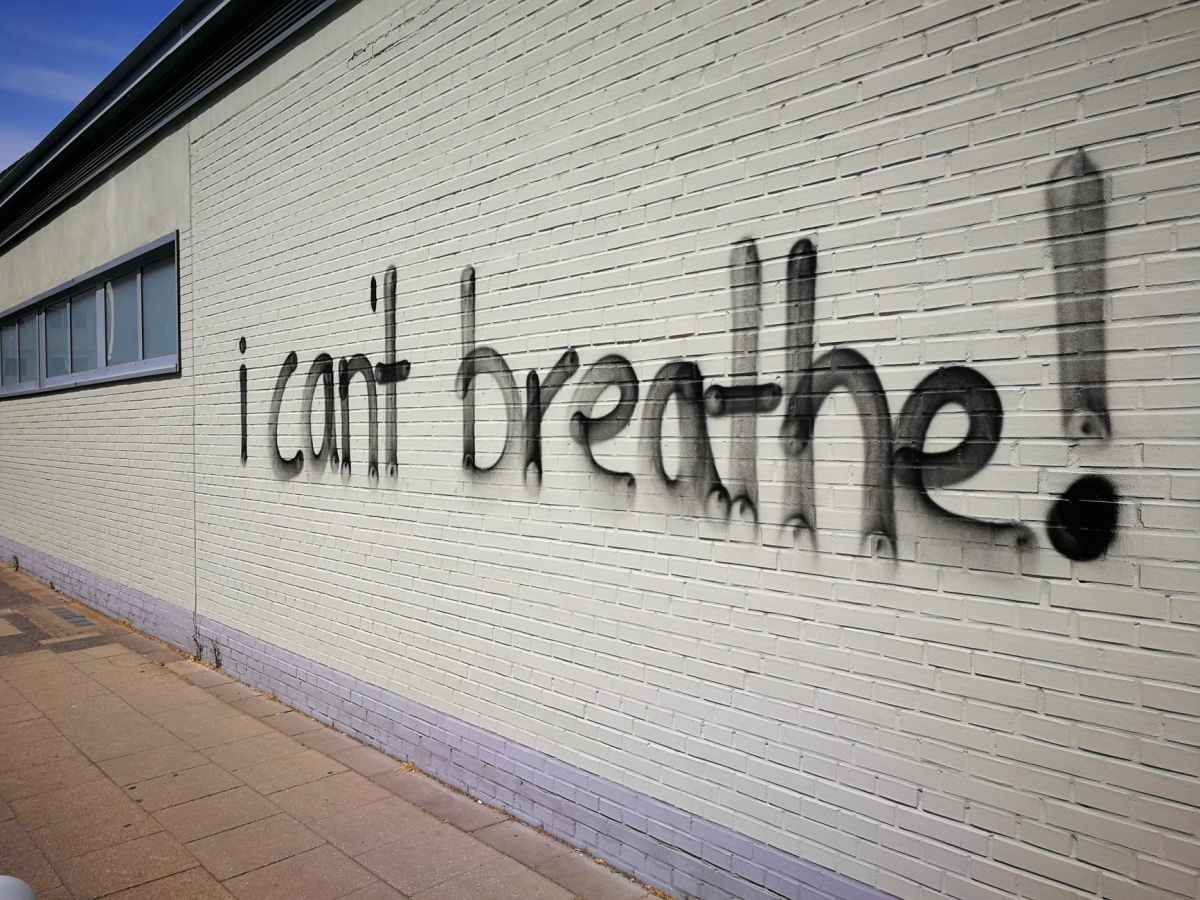 Eric Garner, Samuel Dubose, Philando Castile, Michael Brown, Tamir Rice, Breonna Taylor, Ahmaud Arbery, Trayvon Martin, Oscar Grant, Sandra Bland, Walter Scott, Terrance Crutcher, George Floyd. We whisper their names like a rosary, like a mantra, like a prayer. We scream them like a war cry as we raise our fists to the sky. These are just a few: just drops in a rainstorm. So many have gone uncounted, unknown, unrecognized for what they endured. Repeat their names over and over again until society has no choice but to listen, until they stand up in solidarity and shout back into the void “No more names, no more death, I can’t breath.”

I have struggled with writing this post: not because I am afraid to speak out for what I believe in, but because I believe my role in all of this is to be a tool, a megaphone to amplify the voices that need to be heard far more than mine does. But on that note, silence can be dangerous and disingenuous. So I stand in solidarity and attempt to allow enough space for those who need to speak safely and freely.

Perhaps I’m being naive, but this moment feels different than the ones that preceded it. The spark is catching and those who once looked away can’t take their eyes off the flames. The focus is finally shifting from ‘thoughts and prayers’ to action and debate. It is solid and unmoving as the crowds hold out their phones and show us what this fight is all about.

I keep hearing people say, “What happened is awful, but that’s no reason to go around destroying things. They should be peaceful.” I’ve heard it so many times, in fact, that it feel vitally important to address right off the top.

You cannot condemn the riots without recognizing your role in their creation. Martin Luther King once said that the riot is the language of the unheard. Attempts were made at peaceful: they didn’t work. Colin Kaepernick took a knee for the cause. He and many like him were ridiculed, threatened, and their careers were destroyed. His message was hijacked and twisted to be about the military and patriotism. His platform was ripped out from under him, and his voice was silenced by the crowd that didn’t want to hear his truth. No one wanted to listen, it was simpler to divert away from the real issue and pretend it was about something else. It was easier to cling to outrage over a nonexistent problem instead of addressing the inherent racism in our collective system. If we had heard his words then, maybe things wouldn’t be like this now.

When a person is more outraged by the destruction of property than by the violent death of a human being: that is where the problem is. When you make statements that minimize murder and refocus the conversation on property damage- you have to take a hard look at why. Is it because the topic of racism is too difficult? Talk about it anyway. You have an obligation to. Are you saying these things because this chaos scares you? Because it creeps a little bit closer to your happy sphere in the world? Good- that’s the point. Now imagine the fear that led to these actions. Think about the cause- and remember that this has been happening for centuries and we refused to listen. Some issues are too important to accept silence on.

I’m not saying that all civil servants or people in positions of power are bad, because I genuinely don’t believe that. But it’s also fair to say that we don’t invest in the type of education needed when dealing with humanity at its best and worst. Would it be too far-fetched to require a police officer to take the same courses expected of a social worker? I don’t think so.

We have an obligation to recognize the racism that has been built into every system we have. It goes back generations and is so engrained in the way that we function as a society that those who aren’t victims of it might not even realize that anything is amiss. If you don’t know what I’m talking about, let’s pick a pretty recent example that allows for some compare and contrast.

Last month we saw a lot of Stay-Home protests where predominantly white groups showed up to government buildings with rifles strapped to their chests. There are pictures online of them standing nose to nose with the police screaming in their faces while holding guns. Can you imagine a world in which a black man or woman could do that without being killed?

I find it a bit terrifying when you have a group of people making a valid complaint about police brutality, and the best response that those in power can come up with is a further show of force. I have participated in protests before, I have been a part of a rally. I have marched while repeating the chant of my group as we stood up for a cause we believed in. But I have never faced an officer in riot gear. I have never feared that the baton they carried would aim for me. I have never dealt with pepper spray, tear gas, or rubber bullets. Because it seems to me that these tactics are far too often called upon when it’s black lives in the streets. When fear and oppression is the language of the powerful, how do you expect to find change? You demand a revolution.