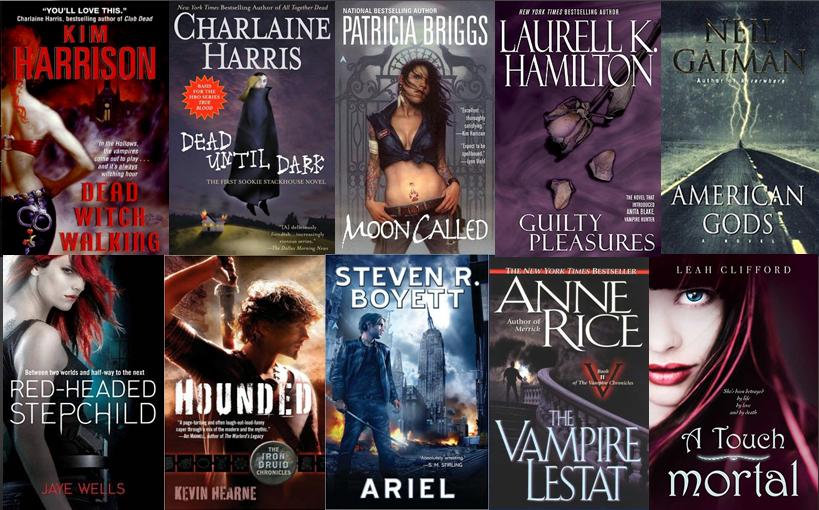 I’ve done it! After hours of internal debates over several days- I have finally decided what my Camp Nano project will be. In the spirit of my goals for this year- I am trying something new. That’s right, I am dropping my security blanket and venturing out onto new literary avenues. This nano, I will be delving into the world that is: Urban Fantasy. I’ve done straight fantasy, futuristic dystopian-style works, regular fiction: I’ve followed down many of the other branches, but the urban style was new to me. In fact, it is actually fairly new to the literary world in general; it did not become an acknowledged sub-genre until the late 80’s to early 90’s.

Urban fantasy is a very specific collection of works in which the piece itself is set primarily in the ‘real world’ with paranormal/fantasy elements. A few examples would be: Buffy the Vampire Slayer, Grimm, Supernatural, The Belador series, The Mortal Instruments- the list goes on and on. Now, it’s not a necessity that these stories take place in contemporary times; any futuristic or historical setting is also acceptable.

Personally, my biggest question about this genre: how is it different from Paranormal Romance (because to be honest, a lot of what I’ve read looks like it could fit in either category). As it turns out, about 90% of the elements of both genres are fairly intertwined; these are the fraternal twins of the written world. The key difference: if you remove the romantic element, do you still have a story? If your answer is no- you are well within the boundary of paranormal romance, but if you said yes- then you still stand a chance. A paranormal romance focuses on the relationship itself and how the outside forces effect it, whereas urban fantasy can survive even if that relationship is edited to become a platonic one.

It’s grown momentum rather quickly in the modern era, where we are so quick to welcome any escape from the trials and tribulations of our daily lives. After all, don’t we all secretly wish we could gain some kind of power, transform into our favorite animal and slink off on an adventure? Or perhaps find ourselves entrenched as a key party to a subtly fought war between vampires and werewolves (this is where the paranormal romance aspect starts to look good). I will have no shortage of inspiration as I begin my trek down this winding path. Perhaps this will be a niche I didn’t know I belonged in. There is only one way to find out.