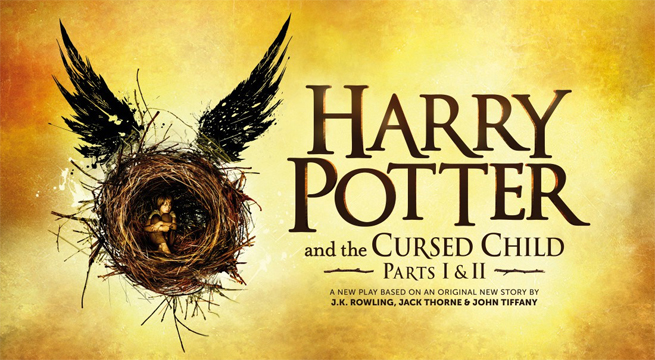 I couldn’t tell you where I first discovered the little paperback; I don’t know if a friend suggested it, or if, more likely, I spied it’s cartoonish cover on a nondescript shelf and found my interests piqued. After all- a boy with wild black hair and a lightning bolt scar sailing across the cover on a broomstick- what wasn’t to love? I don’t remember where I sat when I read the first page; as I have re-read it so many times that a multitude of images flash before me when I try to recall the moment. But I do remember the first time I read the very first words themselves, “Mr. and Mrs. Dursley of number four, Privet Drive, were proud to say that they were perfectly normal, thank you very much.” By the time I reached the last sentence of the first chapter, I was tempted to raise my own Capri Sun in solidarity with the wizards, chorusing ‘To Harry Potter – the boy who lived!’ I was hooked faster than you could say Quiddich. And thus was born a literary love that still captures my imagination the same way it did when I was eleven years old and desperately awaiting my own owl.

J.K Rowling brought us a magical world full of hope, promise, curiosity and valuable life lessons. She brought to life a world of her own imaginings in such a beautiful way that even as adults, we find ourselves desperately attempting to recreate it. Don’t believe me? Look to the Wizarding World of Harry Potter, or what about the Hogwarts Extreme events where you can actually take part in role playing at a re-creation of the infamous school? Movies have been made to emulate it, parties are thrown in it’s wondrous themes, the internet is full to bursting with fan fictions, stores are inundated with memorabilia, cookbooks tout nearest recipes to the treats and drinks mentioned within those fluttering pages. And lets be honest- how many of us kept holding our breath waiting for an owl to deliver a very special letter, no matter what age we were? Harry Potter brought light to a dark world, it brought people together on a level that is still hard to find. And now a new generation is coming to love it.

This post was originally meant to be a book review on ‘Harry Potter and the Cursed Child,’ in fact, the first draft was already typed out and ready to go. But I couldn’t seem to bring myself to hit that little blue ‘publish’ button. So here I am, starting over. You see, reading the newest installment of the book that inspired so much passion within my younger self brought with it a slew of emotions that I am not entirely sure I know how to process yet.

Don’t worry- there are no spoilers coming to ruin your reading, this is a safe zone; consider it Grimmauld Place. As I read the newest installment, I found myself fighting two opposing feelings. To start; I was deeply disappointed with the portrayal of my childhood heroes. There was an air of depressing adulthood hovering around them that ruined my illusions about their happily every after lives. I don’t know about you, but I like to envision that after the dust has cleared, my favorite characters will still be the strong, admirable people they had become as we delved through those pages together. In this regard, I found them lacking- but that was just my own personal opinion. I will simply leave it at that and move on. Then there was the second feeling, the one that really took root in the second half of the play: once again I was able to experience the story with fresh eyes, not knowing what would happen next. It was the same excitement I felt whenever another new release came out; the same kind that sent me to the bookstore for a grand release, begging my parents for the money to purchase my very own hard cover copy which I would immediately run off to my room to read in complete silence. I remained fully immersed in the wizarding world that felt like a home away from home until the last page. It is a rare treat to find a book that will call such feelings to a soul. I was thrilled- I liked the main characters and had a genuine interest in what would happen to them. As for the Cursed Child, there were plot holes and character inconsistencies uncharacteristic of the author that has penned so many of the stories that I love, but I kept reading because at the heart of the story the crux was the same; it was a magical remembering of a bygone era in my own life. I can forgive much because it is Harry Potter, but on the flip side of that coin, I also know that I inadvertently hold it to a higher standard simply because I know what Ms. Rowling is truly capable of.

In spite of it all, do you know what the book really showed me? It showed me how much I missed the originals, how deeply I craved to find another literary world that I could fully immerse myself in like I did once upon a time when I was a child. I was always a deep lover of books; walking away from our regular trips to the library with a stack nearly as tall as myself (and I am not a short girl). It reminded me of the joys that the written word can bring you, the opportunities that it opens up, the lessons that it teaches. I missed it. And for just a little while, I was able to have that back- even though it wasn’t exactly the same.

There is something special about an author who can bring an entire world to life, that can make so many people feel so much for a few fictional characters. When friendships broke apart, I felt the heartbreak. When relationships formed, I celebrated with my own joy. When mysteries showed themselves, I pondered their answers long into the night. When people died, I shut the book and grieved. There are still scenes that I cringe to revisit, though I know I must re-read every word. And when victory was clutched from the hands of defeat, I felt the same pride welling within myself. As I said- it takes an author with a true talent for the craft to inspire such strong emotions using only the written word.

I always wanted to be able to write like her, with the same attention to detail, the same well plotted story line, connecting all of the seemingly insignificant dots throughout the thousands of pages that make up the series. I practice and I try, hoping that some day I might create something that is only half as magical. That is what it is really all about- this world of the storyteller. We want to reach people on a deeper level, we want to speak the secrets of their souls that they didn’t think anyone else understood. We want to give people an escape from a dark world, something to hope for, something to bond over, something to draw us all a bit closer to one another. Words have power- you don’t have to recite a lengthy political article to show people a way of living that they have been blind to. You have to simply tell them a story, something profoundly entertaining, and bury your meaning deep within. They will learn something without even realizing that it is happening.

As I said, I had originally meant for this post to be a book review- proclaiming the successes of the play and the sheer downfalls that left me feeling empty. But instead, I think my time is best served reminiscing over something that I loved; something that millions of others loved too. It is easy to poke a hole in another’s work, to shine a blinding light into the plot holes, emphasizing the inconsistencies. But look at all that has been accomplished. This week an entirely new generation got to feel the same excitement that we felt as children waiting in line for our own copies of the book. We got a chance to relive that same thrill ourselves. For the first time in a long time I had the unmatched joy of cracking open to that first page and finding characters that I still cherish waiting there inside for me. In spite of the things that I may not have been a fan of- that right there is what it is all about.

And if by chance Ms. Rowling finds it in her heart to grace the world with a prequel series about the Marauders- well, that would just be icing on the cake. So tonight I raise my glass and say Cheers to Harry Potter, the boy who lived, and thank his creator for a childhood full of beautiful memories and wondrous adventures.